“FROM 1981 TO 1984, we lost 210,000 people who moved away from the city of Houston,” said Marvy Finger, president and CEO of the Finger Companies, the developer responsible for the construction of nearly 60 apartment complexes and rental communities in Houston since 1958. “It’s indelible in my mind, because my occupancy went from 95 percent to 65 overnight, and it wasn’t because of rent price,” he recalled, sitting just to our left. “We were giving them away—we just didn’t have anybody to give it to. There just weren’t any people.”

“Those were disaster times,” intoned a man sitting to our right, part of a coterie of real estate experts who had met for lunch at a Galleria-area restaurant. He was Robert Bland, founder of Pelican Builders, which has developed some of Houston’s most sought-after high-rises, mid-rises, and single-family home communities over the last four decades.

As Finger spoke, slowly and deliberately, the other guests at the table—all leaders in their own right—sat and carefully considered the pronouncements of this éminence grise. “I’m the neophyte here,” chuckled Bland at one point.

Sitting adjacent to him was Martha Turner, immediately recognizable from her television commercials. “We’ve seen lots of changes, haven’t we?” she said, looking around the table of old chums whose homes and condos she’s sold for over 30 years. The men present were no small part of the reason that her real estate firm was acquired by Sotheby’s in early 2014, after a banner year in which she sold $2 billion worth of properties in Houston alone.

“There’s still a lot of uncertainty,” Finger continued. Then Bland cut to the chase, asking the question that’s on every Houstonian’s mind these days: “Is this going to be the 1980s again?”

The table looked again to Finger, who sat quietly for a moment. “I’m not comparing this to the Confederacy just before the opening volley,” he said, as the table erupted in laughter. “Everything’s gonna be okay.”

If there was a theme for the afternoon, it was this: everything is gonna be okay.

In making this prediction in late February, Finger was aware that his was a minority view. Most everyone else at the time was forecasting doom and gloom for Houston’s real estate market in the face of crashing oil values that saw the price per barrel drop 40 percent last year. By early 2015, that price had dwindled even further, to below $50 per barrel, and Houston—the nation’s energy capital—began to see its unbridled growth reined in. Across the city, layoffs began: ConocoPhilips, BP, Halliburton, Apache, Tenaris, companies big and small across the energy sector.

The daily barrage of negative news has left the public rattled and skittish about entering the real estate market, especially in a city where oil prices have so often presaged housing booms and busts. Still, there are signs that things might be different this time. For one thing, Houston is far from the one-industry town it once was. The latest study from the Greater Houston Partnership reports that Houston created over 120,000 jobs last year in sectors as diverse as health care, education, engineering, construction, and manufacturing—not to mention the retail and service-industry jobs that have sprung up to support all of this new growth. And even with slumping oil prices, the GHP notes that Houston should expect to see an additional 60,000 to 70,000 jobs created each year for the next five years, in what it calls “an affirmation of Houston’s resilience after nearly three decades of diversification.” 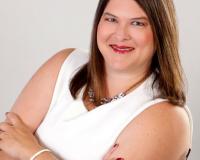 6 COMMON MISTAKES MADE WHEN SELLING A HOME

Tired of the same old home?Let's sell it and get you a new.

Do You Need to Know More about Forbearance and Mortgage Relief Options?Earlier this year when the nation pressed pause on the economy and unemployment rates jumped up significantly, many homeowners